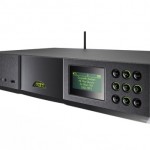 The Future of High End Hi Fi is here!

SuperUniti is “Beyond Good” in 5 Star Review
SuperUniti has received another 5 star review, this time in the January issue of British gadget magazine Stuff, published in December.
The SuperUniti gives an impressive performance, with the reviewer stating that it is “Beyond good. Music is terrifically detailed, fullbodied and fluid…”, going on to conclude that it is “As super as streaming gets, which is very super indeed.” The SuperUniti has picked up several top reviews since its launch late last year, and continues to impress in the media in 2012.

With 20 plus years trading behind us, we offer a low key, informed and relaxed environment for you to make your hi fi choices.We intend to give the end user the best possible value for money.

Acoustic Images is a founding member of the Specialist Audio Video Association.

This gives you the peace of mind that when you shop with us, you will receive product, service and advice that is of a standard far above other stores.

Acoustic Images and its staff are true Specialists in Audio and Video technologies.